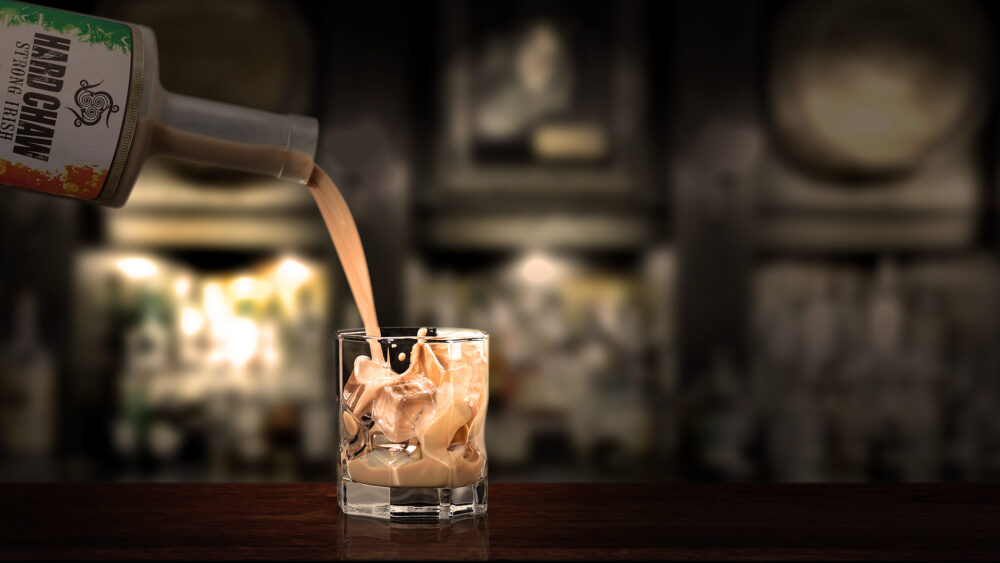 Hard Chaw finds its sturdy foundation in a trio of products. Irish whiskey. Potcheen, which is Irish moonshine. And dairy cream from Irish cows.

All of them make enormous differences in flavor. Irish whiskey, for example, is famously smooth. Potcheen? It arrives kicking and punching.

And then there is Hard Chaw’s dairy. Farmers around the world raise cows for milk, from Russia to the United States to South Africa. But few other countries even come close to rivaling the quality of Ireland’s dairy products. 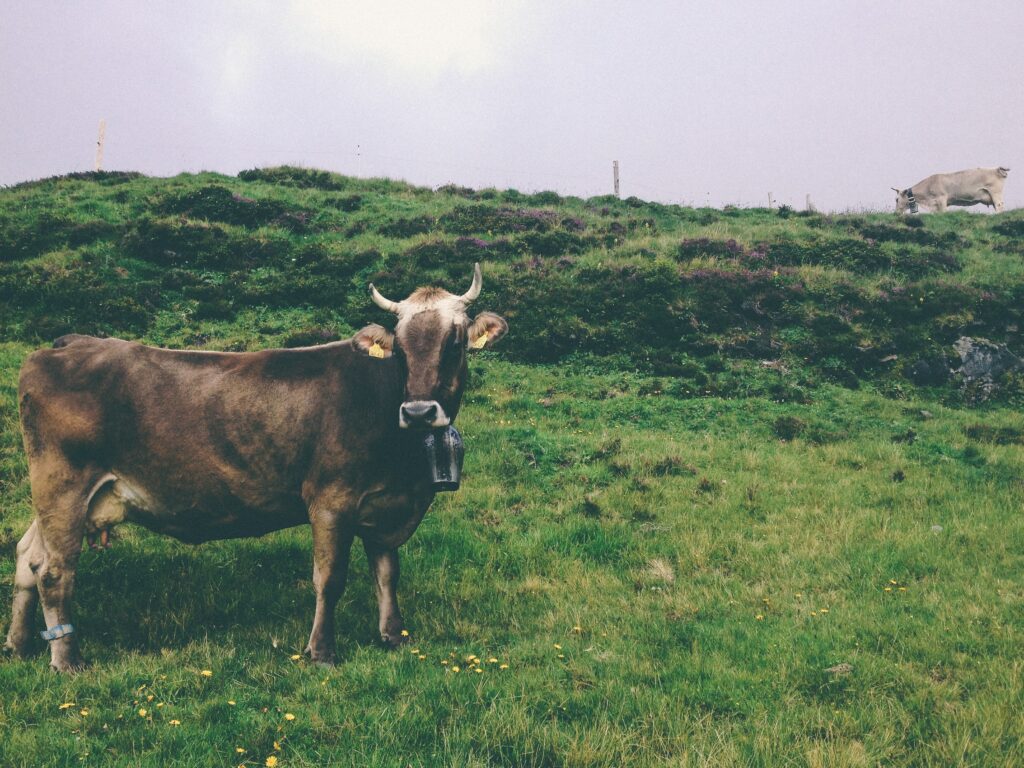 Irish rain nurtures and supports Irish grass, which covers most of the island. Dairy herds graze pasture, which explains the exceptional quality of Irish dairy.

It’s all about the grass.

In most countries, big dairy operations keep their cows indoors, and feed them grains. The cows never get to roam pastures, feel rain and sun, or lie down in a meadow. Their lives are sad, and the milk they produce is weak and nearly flavorless.

Cows did not evolve eating oats, wheat and even molasses — substances commonly fed to industrial dairy herds in other countries. Cows’ development instead revolved around grass.

In Ireland, nearly all dairy cows spend their days outside roaming fields and eating grass. And it being Ireland, they of course feel rain — quite a bit of it.

That Irish rain is key — the island’s bounty of moisture causes grass to thrive. In fact, 80 percent of Ireland’s agricultural land is devoted to growing grass. 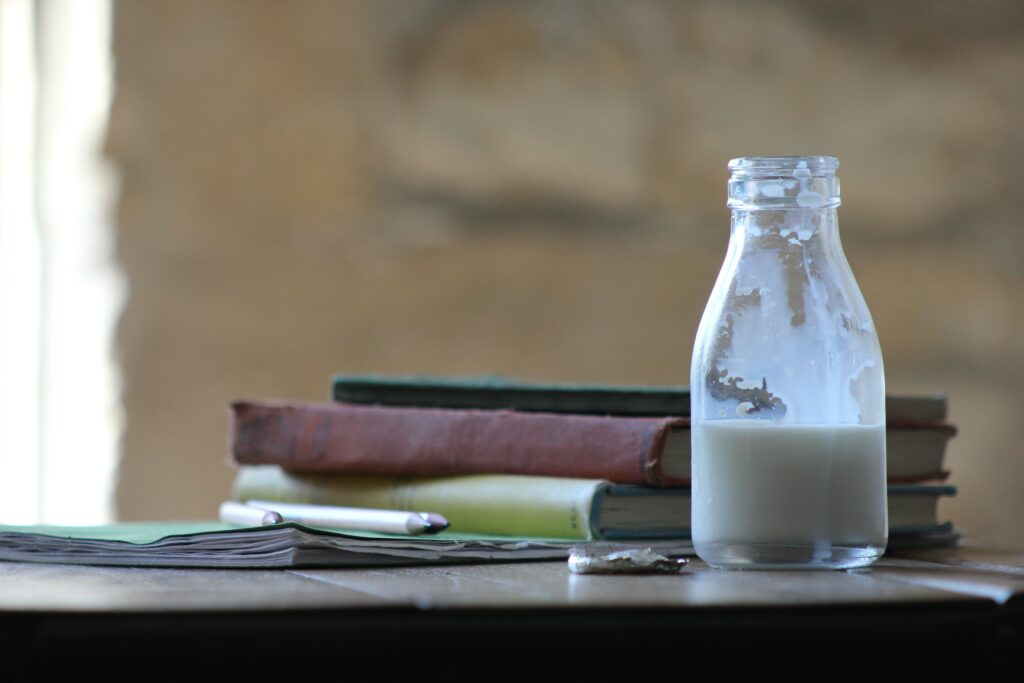 Irish dairy products are among the finest in the world. In fact, no other European Union country rivals Ireland’s dedication to letting cows roam pasture and eat grass, rather than feeding them grains.

The difference in dairy from cows fed grains and those spending their days munching on grass is profound. Consider Ireland’s most famous dairy brand, Kerrygold butter. Unlike most store-bought butters, which are so pale they are nearly white, Kerrybold is bold yellow. The color comes from grass, which contains natural dyes that give the milk and butter a golden hue.

Ireland’s dairy industry most sustainable in Europe, and comprised of small farms

The grass factor explains Irish dairy’s exquisite flavor, and plays a big role in Hard Chaw’s gorgeous taste. But grass-fed dairy’s advantages go beyond the culinary. The European Commission’s Joint Research Centre researched dairy across the European Union, and found that Ireland’s dairy production is the least carbon-intensive. Where mainstream dairies rely upon grain, much of which is grown elsewhere and shipped to farms, the food for Ireland’s cows grows beneath their hooves.

In addition, Ireland’s vast grassland serves as an enormous carbon sink. Experts estimate that the country’s grass stores up to 30 million tons of carbon dioxide a year. 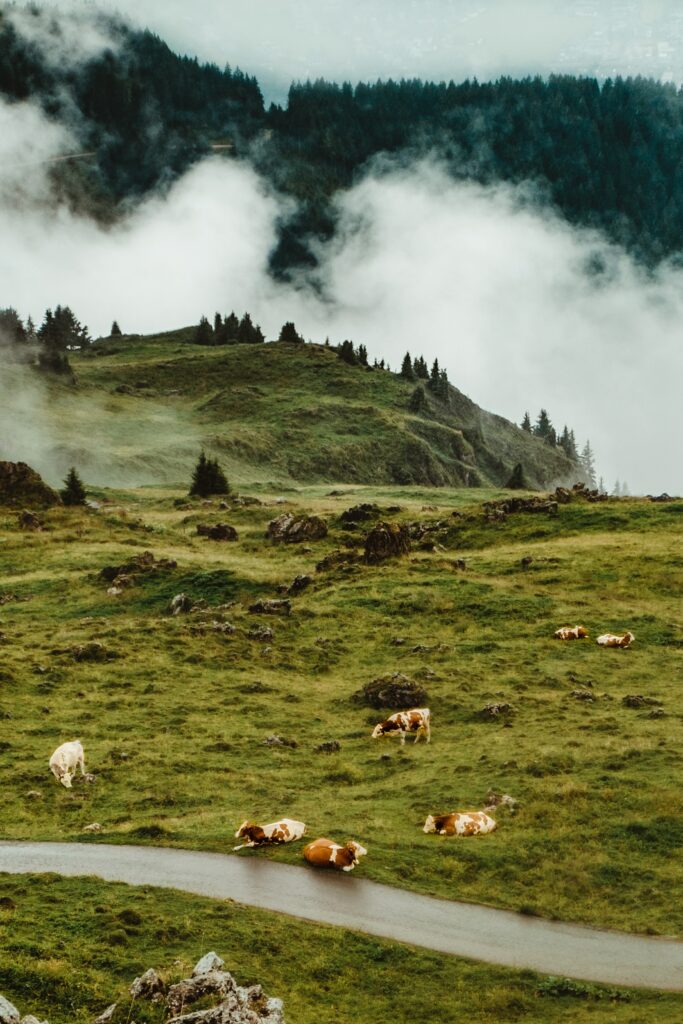 Small, family farms are the backbone of the Irish dairy industry, rather than large conglomerates.

Another Irish advantage? Dairy in Ireland is a small-farm affair, rather than the product of a handful of enormous operations, as is the case in many countries. The small country supports 18,500 dairy farmers, with an average herd size of 55 cows. By comparison, the average number of cows on an American dairy farm is 234.

With 1.4 million cows in the country, there’s about one cow for every person. In Ireland, dairy cows aren’t viewed as mere milk machines, with no place roaming fields and receiving scant attention from farmers. Instead, the small herds are fussed over by farmers, who view them as important parts of the family.

The international renown of Ireland’s dairy products is borne out of a combination of a grass diet and close attention from farmers. The difference is made clear in the taste and texture of Ireland’s milk, cream, cheeses, yogurt and other dairy products — and that includes Hard Chaw Strong Irish Cream!